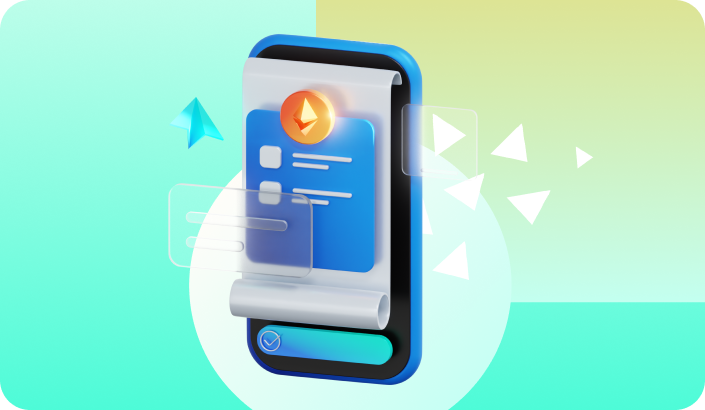 When Bitcoin emerged in 2009, any user with a normal CPU could mine dozens of BTC and buy 1309 coins for $1. Today, institutional investors, venture capital funds, large entrepreneurs and companies like Tesla and MicroStrategy are investing billions of dollars in Bitcoin. In 12 years, the crypto market has become a global infrastructure, surpassing some national currencies in terms of capitalization.

There are a variety of investment opportunities for startups, which we will discuss in this article.

The first (Bitcoin) cryptocurrency was distributed freely among users: all they had to do was install a computer program, create a crypto wallet for storing coins, and launch a miner. Bitcoin did not need financial support, and the protocol functioned on its own.

However, the Bitcoin blockchain has simple functionality that does not allow creation of stand-alone decentralized applications. Later, new blockchain protocols began to emerge that introduced innovative technologies. For example, smart contracts were first presented on the Ethereum platform, which made it possible to create full-fledged DApps on their basis: game applications, decentralized exchanges (DEX), landing protocols, etc.

To accelerate the development of such projects, their creators began to attract funding in different ways. Let’s go over about these methods in more detail.

Public token sales or coin offerings have become one of the main forms of crowdfunding for crypto projects. The first of these forms was the Initial Coin Offering (ICO), which first took place in 2013: the Mastercoin project raised 3,700 BTC in just 12 hours through a token sale, equivalent to $2.3 million at the exchange rate at the time.

The most successful crypto startups raise tens and even hundreds of millions of dollars in private and public rounds alone, and the largest ICO project called EOS raised $4.2 billion in one year through a public sale. No project has ever managed to raise such a record amount.

Despite regulatory problems and a large number of cases of fraud, ICOs remain a popular form of cryptocurrency crowdfunding, but other, more secure token sales are coming to potentially replace it: IEO, IDO and SHO.

You can read about what ICOs are and what other types of token sales are in our article “What is Coin Offerings: ICO, IDO, IEO“.

Major crypto exchanges such as Binance, Huobi and Global Gate.io have set up their own launchpads, which are regularly used by startups. For example, Binance Launchpad has hosted IEOs for projects like SafePal (SFP), launched by this popular hardware wallet, and Mobox(MBOX), a blockchain game where players can farm NFTs.

Another way to get funding is to draw attention to a venture fund project. Token sales carry risks, since the creators of crypto projects may not collect the full amount (hard cap) or even the minimum required amount (soft cap) to fund the project.

Venture funds specialize in projects that are at an early stage of their development. As cryptocurrencies became popular, crypto funds such as Digital Currency Group, Pantera Capital, Boost VC, and Node Capital began to emerge, but traditional venture capital funds also began to invest in blockchain startups.

2018 was a watershed year for the blockchain industry, as the potential of cryptocurrencies was witnessed by institutional investors and large companies that are increasingly investing in this market sector. In 2021, the volume of venture capital investments in the cryptocurrency sector exceeded a record of $17 billion, which is almost 3 times more than a year earlier.

Often, financial companies conduct closed investment rounds in order to receive venture and angel funding. A successful private token sale increases the chances of success in the public round that takes place at a later date.

Private token sales involve companies, private investors and business angels, venture capital and hedge funds. For them, the founders of startups offer more favorable conditions: as a rule, in a private round of venture funding, the cost of tokens is much lower than on public token sales. On such conditions, it is easier for investors to agree to participate in the project, and this, in turn, creates the basis for the further promotion of the blockchain company.

The community serves as a powerful driver for the support and growth of a crypto project. Don’t underestimate the viral effect that social media can create! For example, while the technologies behind Bitcoin and Ethereum may be outdated, they are supported by a large community. This is why more efficient platforms like Solana and Cardano continue to lag behind the leaders of the crypto market.

However, social inclusion is not the only driver of growth. Platform developers plan and release major updates. For the Bitcoin protocol, the Lightning  Network was one of them (Lightning Network allows free and instant transactions), and the Taproot update. For Ethereum, the most important update was the ETH 2.0 update, which switches the network to the proof-of-stake mechanism and solves the problem of scaling due to segmentation, increasing throughput to up to 100,000 transactions per second, according to developer estimates.

Recall also the situation with the Shiba Inu (SHIB) meme-coin: the price of the cryptocurrency has skyrocketed thousands of times in less than a year. During the same period, the Shiba Inu token got into the top ten cryptocurrencies and surpassed the former leader Dogecoin in terms of capitalization. And all this despite the fact that from a fundamental point of view, SHIB does not have any advantages over DOGE! The Shiba Inu token does not even have its own blockchain, but the network effect turned out to be stronger than the fundamental support.

However, when referring to community support, keep in mind that the viral effect also has a downside: sooner or later, the hype around the cryptocurrency may pass, as a result of which interest in the project will greatly fade away.

Project promotion will be difficult without the support of major players. And the bigger the name that collaborates with this or that startup, the more attention will be riveted to it. For example, take the situation with Elon Musk, which perfectly illustrates how strongly the crypto market can react to just one tweet of an important person.

Elon Musk named a satellite “Doge-1” after the eponymous cryptocurrency meme. Its launch is scheduled for 2022, and the flight will be paid for with Dogecoin cryptocurrency. In addition, Tesla has hinted that in the future, users will be able to buy electric cars for DOGE cryptocurrency. There is no official confirmation of this yet, but given that for a short period of time, the company accepted payment in bitcoins, the possibility of payment with dogecoin can be expected in the near future.

Partnerships with large companies play an important role in promoting. Often, crypto startups attract celebrities and become event sponsors, and sometimes even hold their own meetups to attract the attention of advisers and the public.

The team plays an equally important role in the development of the project. When known experts in their field participate in the project, it gives others confidence that the project is going in the right direction.

For example, the CTO of Block.one, the company behind the most successful ICO project EOS, was Daniel Larimer, a developer who was previously involved in a successful project called Steemit. The platform is a blockchain-based service on which users can publish text content and receive rewards for in STEEM cryptocurrency.

If you look at other successful projects, it becomes clear that they involve developers, marketers and managers who have previously worked in large companies or have experience in running their own projects. The now defunct Telegram Open Network project (now the project has become open source and is called Free TON – author’s note) raised $ 1.5 billion the private round of funding, as a result of which there was no need to conduct a public sale.

The project was led by Pavel Durov, the founder of Russia’s largest social network VK and Telegram messenger, whose user base exceeds 400 million. And in February 2021, the Telegram application surpassed Facebook, WhatsApp and even TikTok in terms of number of downloads, becoming the most popular application in the world.

These methods are related: interest from the community increases the chances of a blockchain project to receive venture capital investments, and users are more willing to invest in a startup if it is supported by well-known partners. In investing and trading, it is important to check how the project meets the requirements that determine its success.

Market trends also play an important role. For example, in the fall of 2021, there was a wave of crypto unicorns. One of these projects, an Indian crypto unicorn CoinDCX is even planning to go public. This is not the first time a blockchain company has been listed on the stock exchange: Coinbase was the first. Perhaps the startup you invest in today will become the next Tesla or Apple in the crypto industry in the not too distant future. 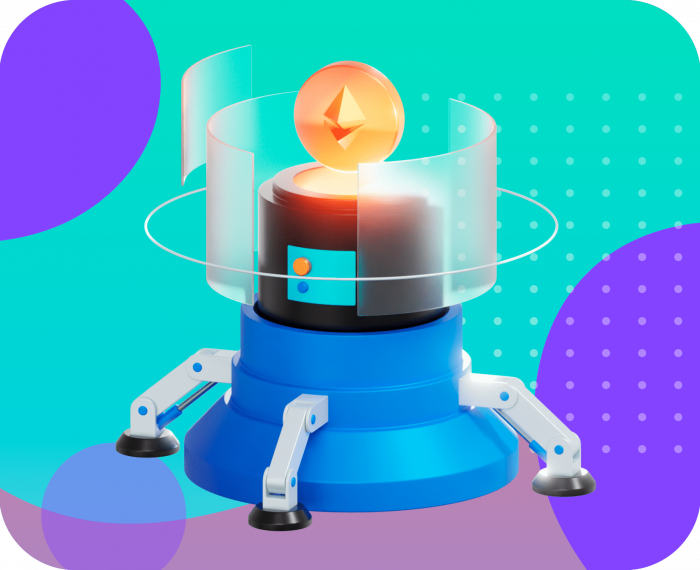 How to Connect MetaMask to Binance Smart Chain 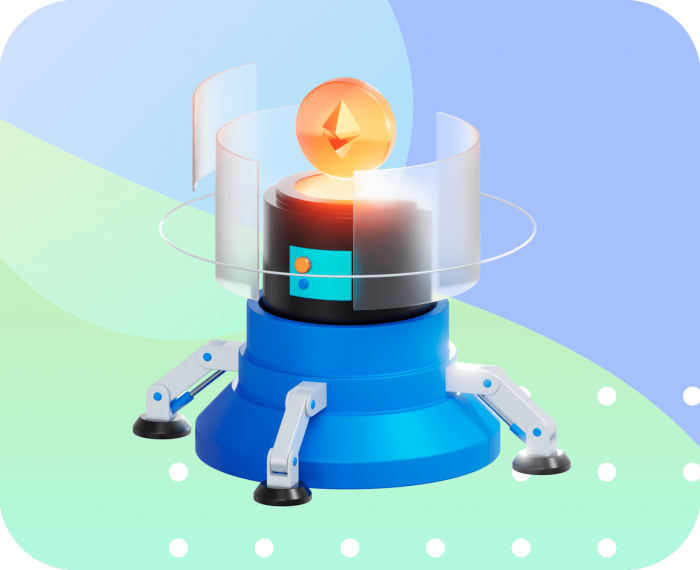 The Major Things You Should Know About NFTs