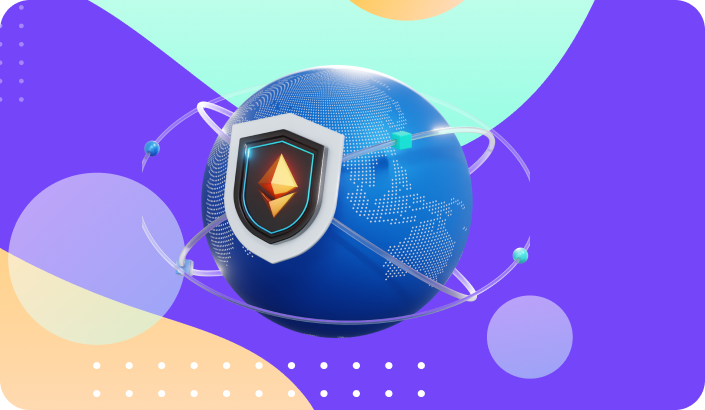 How do crypto tokens emerge and why are there so many of them now?

Blockchain protocols describe the rules for working with cryptocurrencies and ensure their functioning. Bitcoin has made a breakthrough in the financial sector by introducing a fully autonomous payment system that allows you to effect financial transfers between users without having to rely on intermediaries: banks, credit institutions, transfer services and other payment providers.

However, the Bitcoin protocol had limited functionality. To expand the possibilities for users, developers have released new decentralized platforms where you can create full-featured blockchain applications and even your own payment units called tokens. In this article, you’ll learn what crypto tokens are, how they came to be, how the Ethereum blockchain and other digital asset issuance platforms work, and how it helps entrepreneurs promote crypto startups.

What is a token?

A token is a type of digital asset (cryptocurrency) that, unlike coins, does not have its own blockchain but is created based on an existing blockchain. For example, Ethereum is a coin because it uses its own protocol and ETH is required to perform transactions: paying for gas, running smart contracts, signing transactions, and more.

Any physical product or item can be represented on the blockchain in the form of a token:

The autonomy of the Ethereum platform is ensured by smart contracts – a program code that executes the instructions given to it, ensuring secure transactions between parties. Smart contracts are the backbone of the DeFi ecosystem, and without them, there would be no such thing as decentralized finance. These smart programs have enabled the development of decentralized applications (DApps) such as DEXes, Automated Market Makers (AMM), credit protocols, blockchain games, and more. Next, we will take a closer look at smart contracts and what role they play in token creation.

What types of tokens are there?

All tokens can be divided into two types: fungible and non-fungible. Fungible tokens can be easily converted into all other digital and physical assets, including stocks, bonds, fiat currencies, and gold. Their distinctive feature is that each unit is interchangeable, i.e. equivalent to another unit. For example, a total of 21,000,000 BTC will be issued and all Bitcoin coins will always be identical – they cannot be distinguished.

Note: BTC is only used for an example of a fungible asset, but is a coin, not a token.

Fungible tokens include all digital assets of the ERC20 standard for the Ethereum blockchain, BEP20 for Binance Smart Chain, TRC20 for Tron Network and so on. The ERC20 token standard was first introduced by Ethereum developers – thanks to this platform it became possible to create and issue custom tokens on the blockchain. ERC20 tokens can either be an independent entity whose value is determined based on supply and demand, or represent an underlying asset on the blockchain to whose value they are linked: gold, oil, a currency, or a share. Stablecoins are also fungible tokens. Examples of FT tokens:

Also called application tokens or Appcoins. Utility tokens perform useful functions and provide users with access to financial services and products. An example of a utility token would be CAKE on the PancakeSwap exchange.

CAKE Tokens are used by liquidity providers for mining and coin farming – the PancakeSwap AMM protocol rewards users in these tokens which add LP tokens to liquidity pools. Another example is BNB, which provides users with discounts on Binance.

These represent a digital analog of stocks and bonds that gives its holders the right to receive dividends and own shares in the company that issued the tokens. Moreover, unlike utility tokens, this type of token is regulated by financial regulators such as the US Securities and Exchange Commission (SEC) and the Swiss Financial Market Supervisory Authority (FINMA), which means that they offer legal protection to their investors.

Security tokens are issued only through a Security Token Offering (STO), a simplified version of an Initial Public Offering (IPO). STO lowers the threshold for issuing shares to companies, significantly reduces placement costs, and simplifies the process for issuing equity tokens.

Non-fungible or NFT tokens, on the other hand, cannot be substituted for other assets, and they can only be bought and sold on marketplaces. Order books cannot be created for them as they can for fungible assets, and each unit is unique. In addition, NFT tokens are indivisible: you cannot sell a unique image in parts – only a whole virtual object. The ERC721 and ERC1155 standards on the Ethereum platform, as well as similar standards in other blockchains, are used for issuing non-interchangeable tokens. NFTs are defined as a promising new form of digital art, estimated at $35 billion in 2022 and expected to grow to $80 billion by 2025,.

The procedure for exchanging non-fungible tokens is similar to buying a product in a store: you examine the product, and if the price suits you, you buy it. But NFT tokens are also sold in an auction format, where the digital asset goes to the owner who offered the highest price. Examples of popular non-fungible tokens:

What are blockchain smart contracts and how do they work?

For the first time, the concept of smart contracts and the principles of their work were described by Nick Szabo back in 1996. The idea was to introduce a technology capable of fulfilling simple agreements between users in the same way that vending machines do, which inspired Nick Szabo to create smart contracts. The first Bitcoin protocol also had the functionality of smart contracts, but they did not have Turing completeness, meaning they could not provide complete autonomy to the system.

If you want to buy a chocolate bar or a soda, you simply drop a bill into the machine, press the desired button, and the machine gives you the purchased product after checking the bills or coins for authenticity. All operations are carried out by the machine independently. In other words, you do not need a cashier behind the counter to buy what you need. These simple yet effective principles formed the basis for the technologies used in smart contracts.

Nick Szabo defines these software modules as “computerized transaction protocols that execute the terms of a contract.” One of their main characteristics is that they unconditionally fulfill the predetermined conditions that the parties to the transaction have accepted. This mechanism is used in lending, for example, when the algorithm automatically requires collateral when disbursing funds to the borrower.

However, the first smart contracts were implemented in the Ethereum protocol, created in 2013 by programmer Vitalik Buterin. The developer took the Bitcoin protocol as a basis and released an updated network that significantly expanded its functionality. The first fully Turing-complete smart contracts are described in the Ethereum whitepaper. According to the document, they will be used to develop complex financial applications using blockchain technology and even autonomous decentralized organizations (DAOs).

The most common use case for smart contracts has been Initial Coin Offerings (ICOs). Decentralized protocols like Ethereum and Binance Smart Chain have allowed crypto startups to run autonomous crowdfunding campaigns. Investors who buy tokens for ETH are guaranteed to receive the agreed-upon amount of digital assets in their wallet, as decentralized smart contracts eliminate fraud in transactions.

What are the main advantages of smart contracts?

Let’s say Alice wants to exchange 1 ETH for 3000 USDT. Alice turns to a DEX exchange such as Uniswap and selects the appropriate pair: Ethereum-Tether. Then she specifies the required amount and makes a deal (Swap). What’s happening here?

A smart contract is activated that works on the principle of “if … then …”. As soon as Alice signs the transaction in her cryptocurrency wallet, the Smart Contract gets to work: it checks whether Alice has met the conditions to receive her 3000 USDT. If Alice’s balance is sufficient to exchange and pay for the transaction, the Smart Contract starts executing the instruction: the program sends Alice’s ETH coins to the liquidity pool and transfers USDT from that pool, then writes the transaction data to the blockchain.

However, another key feature of smart contracts is the ability to issue tokens without having to create a separate protocol. Ethereum developers introduced the ERC-20 token standard, which allowed all users and companies to issue their own tokens based on smart contracts from the main blockchain network.

Augur – the first ERC20 token in the history of the blockchain

Augur’s Initial Coin Offering (ICO) took place in October 2015 – the same year the Ethereum mainnet was officially launched. Don’t mix that up with the date of the blockchain’s inception: the idea of Ethereum was introduced in 2013, and in 2014 the developers held an ICO and launched a test network.

Augur (REP) is not only one of the first tokens issued on Ethereum, but also the first platform for the prediction market or, in other words, a betting platform where users can bet on the outcomes of various events and receive rewards if they win: REP tokens. Although the Augur team conducted an ICO back in 2015, the launch of the platform took place only in 2018.

Is it difficult to create your own token?

According to Etherscan, there are over 493,000 different ERC20 tokens issued on the Ethereum blockchain today. The token issuance platform is designed to allow any user to easily and quickly issue their own token – it does not even require programming, and the smart contract can be used from other applications as they are publicly accessible.

Creating an ERC20 or any other token is very simple. You need to create or provide a token contract and specify the necessary information about the token (name, symbol, total amount, decimals, etc.).

The developers have provided users with many different tools that allow you to create and launch a token within minutes. However, these tools do not have any functionality and your investors cannot use them in any way except for exchange and transfer from one wallet to another.

You can turn to freelance developers or a company that can not only create a token and write a unique smart contract, but also develop an application for using tokens.

Why are there so many tokens?

Entrepreneurs strive to present unique applications that will be in demand among users. Issuing and selling tokens through an ICO allows a crypto startup to raise funds, and in return, investors can receive privileges, such as a discount on goods and services offered by companies.

If token issuance aims to do just that, they do not need to develop their own blockchain – this would require more investments, the need to conduct expensive security checks, and extend the project’s development time. The security of the transactions is ensured by the underlying blockchain, and for the tokens to work, it is enough to create a simple smart contract. The complexity of development depends on the features that crypto entrepreneurs equip their tokens with.

However, it should be kept in mind that most tokens are shitcoins – junk digital assets that provide no benefit to their owners and offer no unique features that contribute to the development and dissemination of blockchain technologies. ICO participants remain legally unprotected, and in case of fraud, no one will compensate the victims.

Many shitcoins are created by scammers as clones of successful projects in order to make quick money. Investments in such tokens will bring losses to their owners in the future, so when choosing, you need to carefully evaluate the platform, the technology of which is described in the Whitepaper, and do your own research (DYOR). This process is described in another article: “5 ways to analyze a company”.

Crypto entrepreneurs can issue their own smart contract applications and tokens based on the Ethereum blockchain. If the platform is actively developed in the future and benefits its users, investors can profit from investing in this startup’s tokens.

The most dangerous mistakes to make with cryptoJanuary 27, 2022
Why do cryptocurrencies grow?May 24, 2022 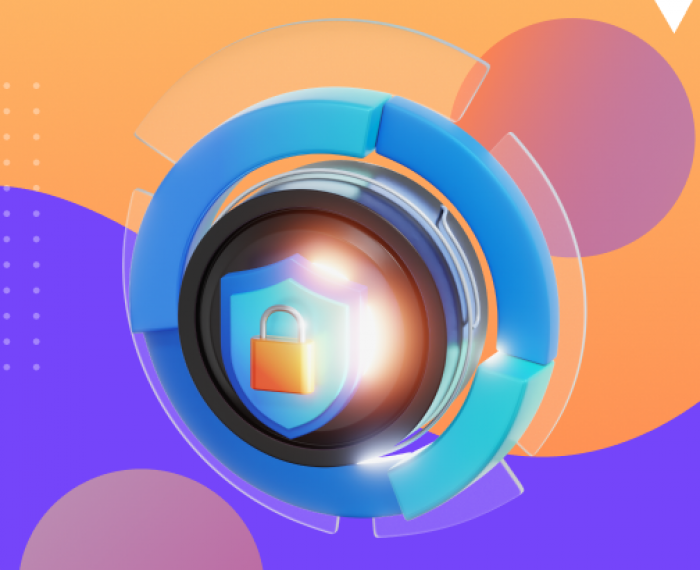 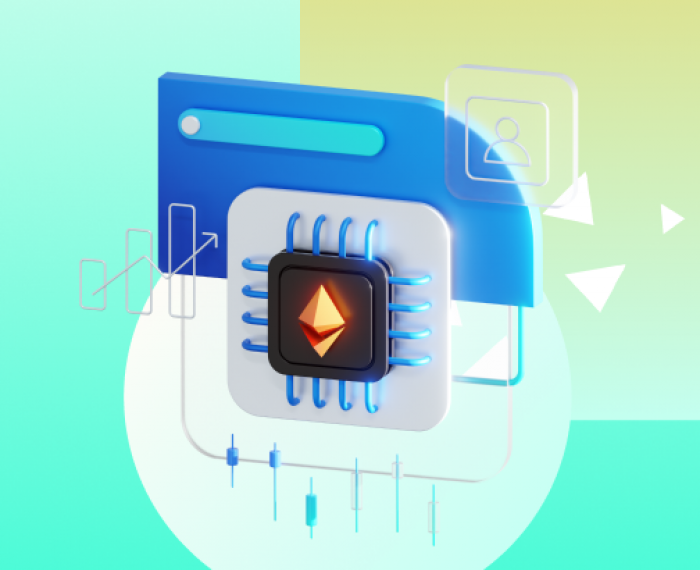 5 ways to analyze a company