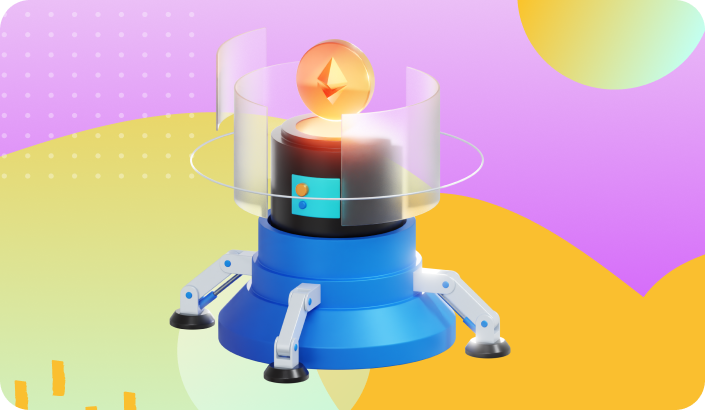 If you have invested in cryptocurrencies at least once, you probably know that there are many ways to lose your assets, from phishing to hacking attacks on decentralized protocols.

Attackers are trying to find increasingly advanced ways to steal funds from investors and traders.

In this article, you will learn what a cryptocurrency scam is, how cybercriminals can steal your assets and what methods of fraud are most common, as well as how to protect yourself from them.

What is a crypto scam?

Put simply, a scam is fraud aimed at stealing cryptocurrency. The main goal of the attacker is to take possession of the victim’s digital assets by any means.

In the crypto environment, fraud has become very common due to the fact that the field is still poorly regulated, and many newbies do not really know how to secure their coins. This allows fraudsters to avoid liability because cryptocurrencies are harder to trace.

In addition, cryptocurrencies are known for their abnormally rapid growth, and inexperienced investors’ thirst for quick profits can play a cruel joke on them: as a result, the victim favors rash actions and loses his cryptocurrencies. According to the Federal Trade Commission (FTC), from October 2020 to May 2021 alone, the damage to users amounted to about $80 million.

Attackers can fake a DApp or crypto wallet website. This method is best known as phishing. Its essence is to obtain account credentials or private keys by deception. Unsuspectingly, the victim goes to a fake website or launches an application and enters private information that attackers steal in order to gain access to his account or wallet.

Unfortunately, cybercriminals bypass moderation in stores such as Google Play and even the App Store. Scammers have already managed to publish a fake Trezor wallet app on several occasions. The fact is that an official application has not yet been released for this hardware wallet, which is what cybercriminals are taking advantage of. Also, fake Trezor websites can often be found on the Internet, which allegedly report a security breach and requires you to enter seed phrases in order to restore access and protect funds. Of course, after entering the data, the funds from the victim’s wallet disappear.

Another crypto scam method is to request and receive confidential data directly from users. Fraudsters can introduce themselves as employees of a company (crypto exchange or wallet) and request your details.

Here is an example: a fraudster approached the victim, posing as an exchange employee, and said that the funds on his exchange account were blocked. By using deception, the attacker managed to obtain account credentials and withdraw about $100,000 in cryptocurrency.

This method was widespread long before the popularization of cryptocurrencies, but as the demand for digital assets grew, the founders of financial pyramids switched to the crypto industry. As stated above, this provides more freedom and avoids liability due to the fact that cryptocurrency transactions will be more difficult to track.

It is very easy to recognize financial pyramids: they offer depositors unreasonably high returns, but at the same time it is not clear how the company provides them. Often, the creators of such projects do not disclose any information about the company or its team, which is the main red marker when checking. For example, the high profitability of pharming in the Uniswap and PancakeSwap protocols is ensured by the commissions paid by traders and the accrual of native UNI and CAKE tokens, respectively.

Some pyramids disguise themselves as AMM protocols. Outwardly, their interface and functionalities are similar to classic DeFi applications such as Uniswap or PancakeSwap. These pyramid schemes can be difficult to distinguish from real DApps due to the fact that decentralized protocols also offer high returns to holders.

One such example is the Shark Tron and Shark DeFi projects. The attacker launched DApps that resemble regular applications but ultimately performed an exit scam, stealing more than $7 from investors in the TRX cryptocurrency. The farming of native Sword tokens (SWD) was available to users, so the project was very similar to a DeFi protocol, but there were also signs of a pyramid scheme. To attract users, the price of SWD tokens was held in place using funds from previous contributors.

Infecting your computer with Trojans

Trojans encrypt your hard drive and extort cryptocurrencies. If the coins are not transferred within the specified period, the data is formatted and cannot be restored.

Some cybercriminals act in a more trivial way, simply by sending messages to a potential victim that an attacker has taken over his data and will sabotage it if the user does not transfer the specified amount in BTC or another cryptocurrency within a limited time.

Attackers can get creative with fraud and come up with exotic scam methods. One of them is doubling. Its essence is that users are asked to transfer cryptocurrency, and in return, they receive a double amount. You don’t need to be a security analyst to realize that this is an obvious scam, but it’s not that simple.

There was a case where hackers managed to break into a Twitter database and obtain user credentials. Using the accounts of famous people, they published tweets on their behalf promising to double the amount if users transfer them to the specified wallet. Famous entrepreneurs, politicians, and celebrities have become victims of cybercriminals. Among them were the accounts of such famous people as Elon Musk, Bill Gates, and even former US President Barack Obama.

In the previous paragraphs, we have already talked enough about methods of protection: you just need to be attentive and careful not to transfer your assets to hackers. And if in doubt, you can always enlist the support of the crypto community and ask them for help by describing the situation on thematic sites such as BitcoinTalk or CryptoTalk, or on specially designated threads, for example, on Reddit (you can create your own thread).

How hacker attacks differ from hacking

The difference between these methods of stealing cryptocurrencies is that a hacker uses technical programming skills to find vulnerabilities in the code and withdraw cryptocurrencies from the wallet or smart contract. The hacker does not interact with users directly, and their losses will happen regardless of their actions.

In the case of scams, users most often fall victim to their own inattention and lack of necessary knowledge in the field of crypto security. Attackers use fake websites or accounts to trick the user, or social engineering skills by interacting directly with the victim.

Exploits and other types of malware

These are viruses that infect your device, computer, or phone in order to extract private keys that are stored in the computer’s memory, or modify programs. Even though private keys are usually stored encrypted, hackers can decode them and then gain access to the user’s assets.

There are also more advanced exploits that can be injected into the code of existing customers to use cryptocurrency. There have been cases when a virus entered the program and changed the wallet address. For example, one Ledger Live user lost his coins without noticing the address spoofing. The malicious code changed all the symbols of the sending address, except for the first two and the last – these are the ones most often checked by holders.

According to research company Elliptic, in 2021, the damage to DeFi users from hacker activities amounted to about $10.5 billion. The funds of holders in the wallet are rarely affected, as cybercriminals steal assets locked in the DeFi protocol contract.

It is important to remember that decentralized projects do not follow anti-money laundering (AML) rules and do not protect their investors from a legal perspective. It doesn’t matter which way you got your cryptocurrency: legal or not. DEX Exchanges do not restrict users and hackers can easily withdraw your funds.

The methods of protection against these attacks are the same as with using fraudulent centralized protocols.

You need to be very careful not to fall victim to crypto scammers and follow the simple rules we have outlined in this article. Remember that blockchain and cryptocurrencies are a relatively new field for law enforcement agencies, and it will be difficult for them to protect you legally in case of an incident.

Monetary losses will most likely not be able to be compensated if the attackers have taken care to remain anonymous and have carefully hidden their identities. It is much more effective to master the basic principles of security when using cryptocurrencies and carefully analyze each of your actions in the digital environment. 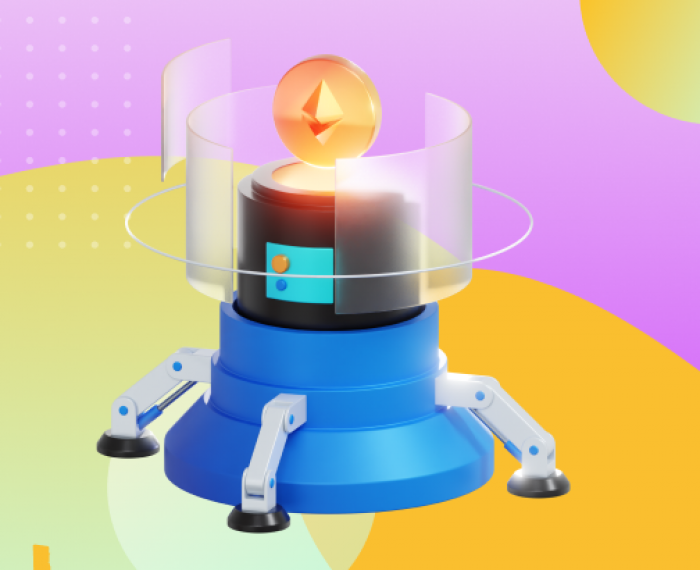 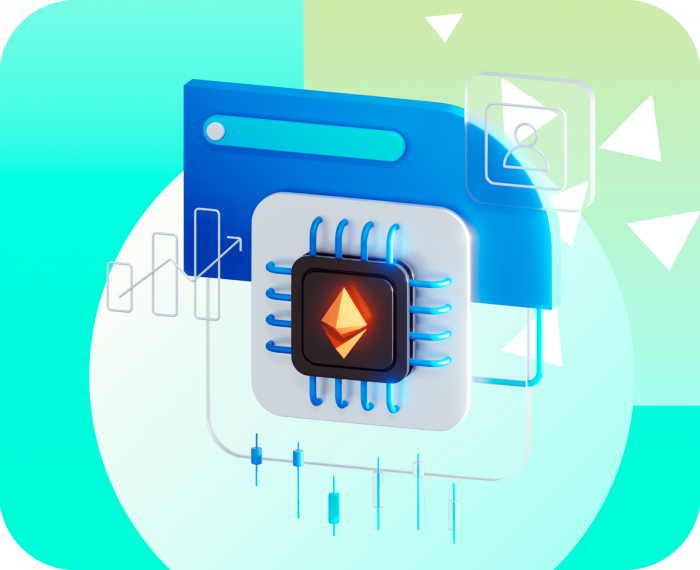 What Should Every DeFi Investor Know?