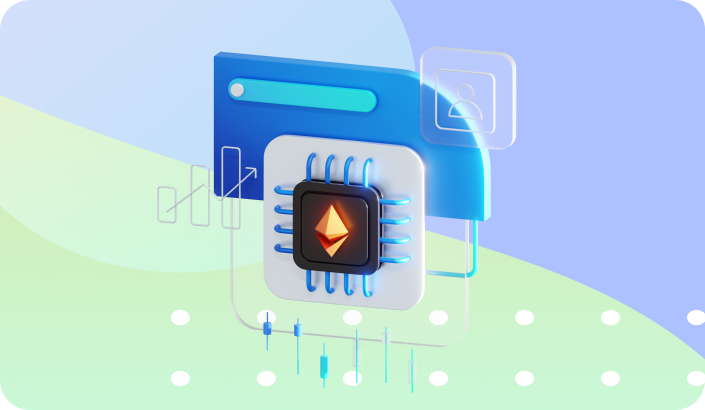 The first cryptocurrencies, such as Bitcoin, could be mined using a home computer: their protocols include a Proof-of-Work mechanism. This means that coins are gradually issued based on the complexity determined by the algorithms.

Later, the creators of blockchain projects took a different approach: they immediately release the maximum number of tokens and estimate in advance the number of tokens that will be sold to investors in the token sale. Let us find out what a token offering is, what types there are, and how this branch of the crypto industry has evolved over time.

What is Coin Offering and who invented it

Token sales are a form of crowdfunding where investors buy tokens that are issued by a company. The main goal of an ICO and other forms of token sales is to raise funds for the development of the project. In fact, ICOs are similar to IPOs, with the difference that token sales are not regulated by supervisory authorities and are not published on exchanges.

The first type of cryptocurrency crowdfunding was the Initial Coin Offering (ICO). Most often, the founders of the project issued tokens on another platform that offers the possibility of creating decentralized applications on the blockchain network thanks to smart contracts (autonomous programs that allow transactions between parties without intermediaries). The most popular protocols are Ethereum and Binance Smart Chain. Other smart contract blockchains such as Solana, Cardano, and Near Protocol are also being actively developed.

The first ICO was conducted in 2013 under the name Mastercoin. The idea was invented by J.R. Willett and first presented at the Bitcoin Conference in San Jose in 2013.

Did you know: the famous Ethereum cryptocurrency was also sold during the ICO in 2014? In the first 12 hours, the project collected 2,700 BTC, the cost of which at that time was about $2.3 million.

The idea behind the ICO was based on the concept that new layers can be created on top of a protocol like Bitcoin. This concept was described by a Seattle-based software engineer called “The Second Bitcoin White Paper” on the Bitcointalk Forum 2012.

Willett said at the Bitcoin conference:

“If you wanted to, today, start a new protocol layer on top of Bitcoin, a lot of people don’t realize, you could do it without going to a bunch of venture capitalists and instead of saying, hey, I’ve got this idea, you can – you’re familiar with Kickstarter I assume? Most of you? You can actually say, okay, here’s my pitch, here’s my group of developers – there’s a lot of developers in this room. If you get a bunch of trustworthy guys together that people have heard of and say, okay, we’re going to do this. We’re going to make a new protocol layer. It’s going to have new features X, Y, and Z on top of Bitcoin, and here’s who we are and here’s our plan, and here’s our bitcoin address, and anybody who sends coins to this address owns a piece of our new protocol. Anybody could do that. And I’ve been telling people this for at least a year now because I want to invest in it. I don’t have a ton of coins, but that’s where I want to invest my coins. And I’ve yet to find somebody who wants my coins. Does anybody in this room want my bitcoins because I want to— ”

ICOs peaked in 2018 after the crypto hype of 2017 when cryptocurrencies skyrocketed in value and became mainstream. Despite the collapse of the crypto market, 2018 set a record for the number of ICO projects issued, which reached 2,430. The success of some ICO projects, whose tokens increased in price by a hundredfold, prompted inexperienced investors to invest in any project that promised big profits, regardless of the high risks involved.

This has led to a bubble in the cryptocurrency market, which this article from Wired warns about. Spoiler: that’s exactly what happened. After the boom in 2018, one ICO project after another failed, and the value of many tokens fell lower than when they were sold to the public.

Advantages and disadvantages of ICOs

The main advantage of Initial Coin Offering is its availability: any user who has a crypto wallet can buy ICO project tokens. Often, the cryptocurrencies Bitcoin (BTC), Ethereum (ETH), and stablecoins Tether (USDT) are used to buy a token, but this depends on the blockchain platform on which the token sale is held. For example, the BNB cryptocurrency is most often used to buy a BEP-20 token on the BSC network.

Another advantage is that this type of token sale allows you to purchase tokens at a very low cost at an early stage of project development before they are listed on exchanges.

The disadvantages are related to the lack of regulation of the ICO market and a large number of cases of fraud. However, the risks can be reduced by following simple guidelines for choosing crypto projects. We talked about them in detail in the article “5 ways to analyze companies”.

Another disadvantage arises from the high risks that ICO investors are exposed to. Tokens can be sold long before the project team releases a prototype of their product, which makes it almost impossible to assess even medium-term prospects. In addition, the issued tokens can be subject to very strong volatility, bringing not only huge profits to investors in the short term but also colossal losses, up to a complete loss of the invested amount. Many investors are only interested in receiving short-term profits and getting rid of tokens as soon as they grow in price. These risks also need to be taken into account.

The evolution of a coin offering: IEO

The ICO was accompanied by problems that brought increased risks to the investors, which also affected investment attraction. One of the main disadvantages of ICOs was the lack of regulation. This opened up a huge field for fraudsters to maneuver and removed responsibility from the founders: the developers could abandon work on the project, which caused the investors to suffer.

In addition, a large number of scam projects were released. According to research company Satis, 78% of the 1,500 ICO projects in 2018 were fraudulent, and the total damage from the activities of cybercriminals is estimated at $1.3 billion. These and other problems led to the fact that in 2017 the Chinese government banned ICOs on the territory of their country due to unprecedentedly high risks for investors.

Another problem was that no one provided guarantees that the issued project tokens would be listed on exchanges. Large crypto exchanges have high requirements for listing cryptocurrencies, and small platforms cannot provide high liquidity to ensure high demand for ICO project tokens.

The next stage in the development of token sales was the Initial Exchange Offering (IEO). It differs from Initial Coin Offering in that after a successful token sale, tokens are guaranteed to be listed on exchanges. The project team will need more effort to carry out the IEO, not to mention the costly listing of a token sale on a large, well-known exchange. On the other hand, for investors, this means security and shows that the creators are serious and count on the long-term work of the project.

IEOs have become more like IPOs except for regulation. Anyone can launch an ICO project and hold a token sale, but before accessing an IEO, projects are carefully selected by the expert team of the exchange where the public sale will take place.

The main advantage of an IEO, besides the guaranteed listing on the crypto exchange, is that conducting this type of token sale increases investor confidence in the project and thus the chances of a hard cap and successful token sale.

The disadvantage of an Initial Exchange Offering is that the token sale is held on a specific exchange, so only a limited number of people can access it. In addition, crypto exchanges may impose additional conditions and requirements for participants. These restrictions can lead to a decrease in the number of investors who want to participate in the token sale, which will affect the final fees. In other words, due to these restrictions, projects may not raise the required amount of crypto investments.

Thus, in order to participate in the IEO, users of the Binance exchange must go through the mandatory KYC process, and tokens can only be purchased for Binance Coin (BNB), which is the native token of the crypto exchange of the same name, during the public sale period. In addition, not everyone has access to token sales: access to trading is prohibited for residents of the United States and some other countries.

IDO – A New Alternative to IEO

Thanks to DEXes, all users have access to cryptocurrency trading, regardless of geographic location, demographics, and age. In other words, anyone with a cryptocurrency wallet can access buying and sellage of digital assets.

IDO stands for Initial DEX Offering. The mechanics of holding an IDO are almost the same as that of an IEO:

Advantages and Disadvantages of IDOs

This type of token sale provides instant liquidity for tokens. This means that crypto trading is available to users immediately after the successful IDO, and if the demand for this token is high, its price will immediately rise, and crypto investors will be able to fix quick profits.

But the disadvantages will be the same as for ICOs: Initial DEX Offering is not regulated and scammers can conduct token sales, so projects must be chosen carefully. Investors in the Squid project, based on the popular South Korean TV series Squid Game, could not even sell the token after listing on the PancakeSwap exchange.

Other forms of coin offering

One of the ICO alternatives is Security Token Offering or STO, which is conducted similarly to Initial Coin Offering, but differs in that the tokens are backed by any assets and comply with regulatory requirements. But it will be much more difficult for companies to launch an STO than an ICO.

Another form is Strong Holder Offering (SHO). Allocation for the purchase of tokens is enabled only by investors who own platform (launchpad) tokens. For example, only investors who own at least 1000 DAO tokens can participate in the token sales of the Maker DAO decentralized platform. The profitability from participation in SHO is high since the threshold for entry and the demand for projects are often also high.

Another alternative is Initial Farm Offering (IFO), popularized by the largest DeFi platform on the Binance Smart Chain: PancakeSwap. The essence of an IFO is that it provides crypto investors with the opportunity to participate in the pre-sale of tokens, which will then be added to the pools of the AMM protocol. Such projects are carefully selected by the DEX exchange team.

Project tokens are equated with stocks, so regulators impose the same requirements on them. In the United States, for example, regulation is handled by the Securities and Exchange Commission (SEC). However, mature legal norms for conducting public sales taking into account their specificities have not yet been developed in any country.

Despite the development of public token sales, some problems remain unresolved. One of these is the lack of balance between regulation and the availability of sales to both the project and investors. Regulatory procedures make placement more difficult and expensive for the company, but increase safety for investors. On the other hand, the lack of restrictions and requirements creates increased risks for DeFi investors. 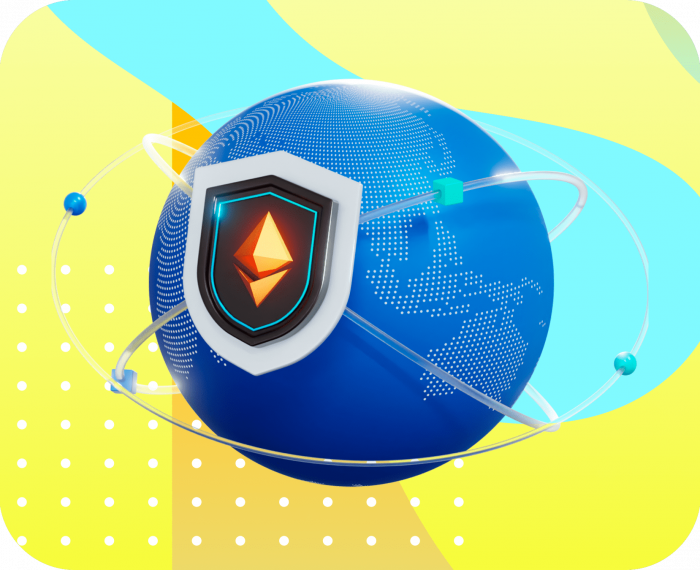