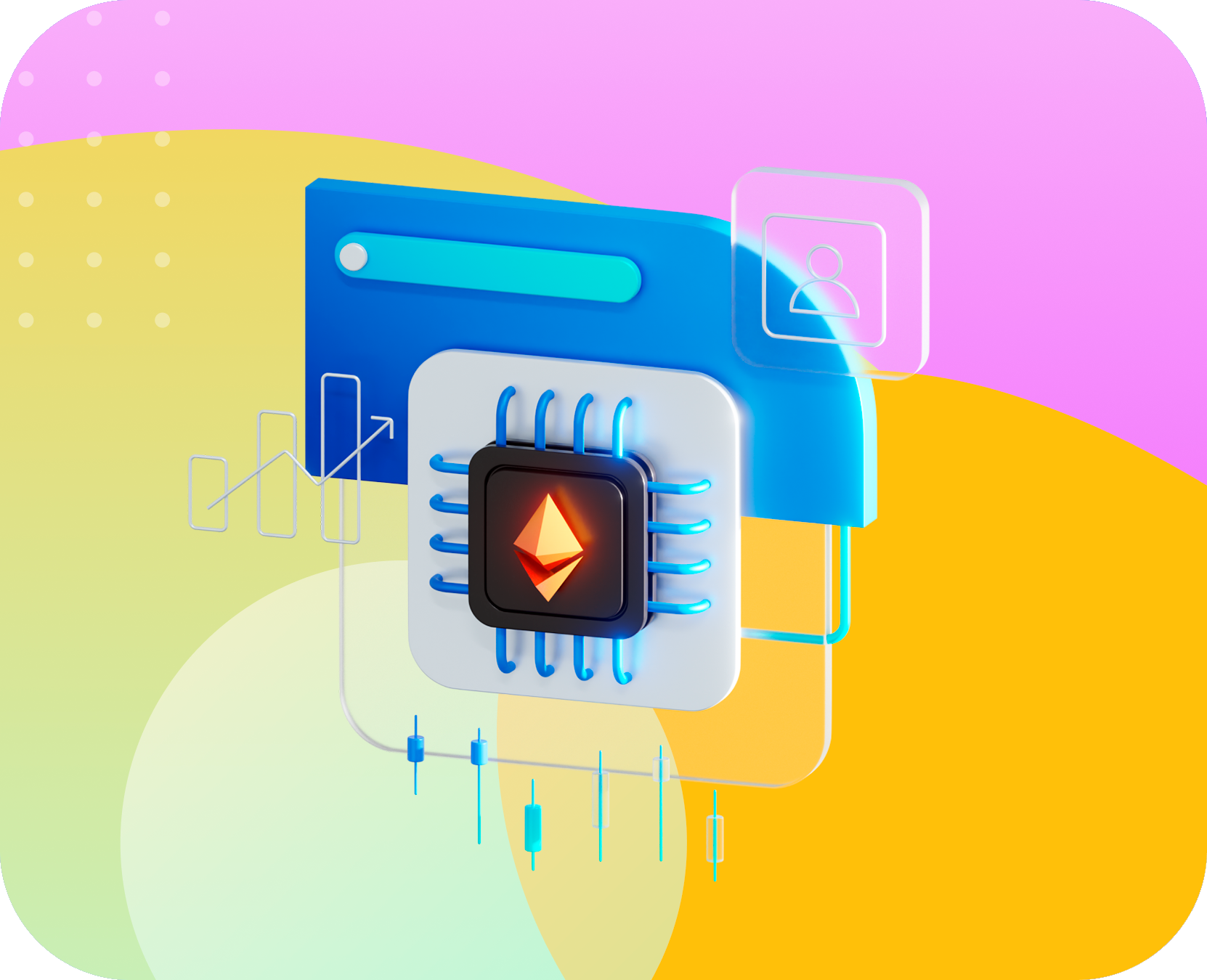 What Is a Smart Contract?

A smart contract is an application or program that runs on a blockchain, and it functions as a digital agreement governed by a set of rules.

Blockchain smart contracts are enacted upon trustless protocols, which means that two parties can assume obligations through blockchain without trusting each other. They can be confident that the contract will not be carried out if the terms do not comply. Moreover, smart contracts do not require intermediaries, so that operational costs significantly decrease.

Nick Szabo gave the first complete description of smart contracts in the 1990s. He determined it as a tool for formalizing and securing computer networks by integrating protocols with user interfaces. According to Szabo, the potential uses of this tool were in various areas related to contractual agreements.

Even though smart contracts had already been supported by Bitcoin protocol, Vitaliy Buterin, the creator of Ethereum, made them much more popular. It is worth pointing out that each blockchain presents a unique method of executing smart contracts.

This article will concentrate on the smart contracts that operate on the Ethereum Virtual Machine (EVM).

How does a smart contract operate?

In simple terms, a smart contract functions as deterministic software. It does a specific task when and if certain conditions are satisfied. Nevertheless, smart contracts are neither legal nor smart, and they are just a part of code that runs on a distributed network and interacts with an append-only register (blockchain).

Smart contracts on the Ethereum network control blockchain operations when users (addresses) engage with one another. The address that does not constitute a smart contract is called an externally owned account (EOA). That means that smart contracts are managed by code, whereas users manage EOAs.

Ethereum smart contracts, in essence, are composed of a contract code and two public keys. The first key is the one given by the contract’s author; the other key symbolizes the contract itself, serving as a unique digital identity for each smart contract.

An Ethereum smart contract has the following features:

Shared. All nodes in the Ethereum network duplicate and disseminate smart contracts. This is one of the key distinctions between this approach and others that rely on centralized servers.

Deterministic. When the conditions are satisfied, smart contracts only do the actions for which they were created. Furthermore, regardless of who implements them, the result will always repeat.

Self-contained. Smart contracts, which function similarly to self-executing programs, may automate a wide range of operations. However, if a smart contract is not activated, it will remain inoperative and will execute nothing.

Enduring. After they’ve been deployed, smart contracts are impossible to modify. They can only be annulled if a specific function has already been implemented. As a result, we can say that smart contracts represent tamper-proof code.

Configurable. Smart contracts can be coded in a variety of methods before deployment. As a result, they may be utilized to develop a wide range of decentralized applications (DApps). This reflects that Ethereum is a Turing complete blockchain.

Trustless. Smart contracts allow several parties to engage without trusting one another. Also, blockchain technology assures the accuracy of data.

Open-source. For a smart contract is built on a public blockchain, its source code is not only immutable but also accessible to anybody.

Is it possible to modify or remove a smart contract?

New functions cannot be added to the Ethereum smart contract once it has been deployed. Nevertheless, if the smart contract’s owner inserts a function called SELFDESTRUCT in the code, they may annul the smart contract in the future while substituting it with a new one. At the same time, they will be unable to delete it if the function was not implemented in the first place.

Benefits and options for using

Smart contracts, as programmable code, are exceptionally flexible and may serve various uses. As decentralized and self-executing programs, they offer transparency and low overheads. They can also enhance efficiency and minimize administrative costs.

Smart contracts are especially handy when there is a transfer or exchange of monetary assets, and two or more players are involved. That said, they can be coded for a wide range of uses:

Many blockchain businesses and corporations used smart contracts to issue digital tokens on the Ethereum network, implementation of which facilitated the trustless and efficient exchange of funds and token distribution. Tokens released on the Ethereum blockchain adhere to the ERC-20 standard, which specifies the fundamental functions of all tokens on this network. Consequently, these virtual assets are sometimes called ERC-20 tokens, and they account for a significant percentage of the current cryptocurrencies (check out coinmarketcap.com).

Restrictions of use for smart contracts

Smart contracts are written in computer code, which people create. Therefore, it is prone to error. One such bug on code line 666 led to a vulnerability of a Decentralized Autonomous Organization (DAO) hacked in 2016. As a result, investors lost millions of ether (ETH). Developers had to make an unprecedented change which resulted in reverting the transaction history and eventually an Ethereum fork. (The original chain kept the name of Ethereum Classic).

Another restriction of smart contracts is their uncertain legal status because they don’t fit into the current legal system. Generally, traditional contracts require both sides’ proper identification, including the “legal” age of 18. It is when blockchain’s pseudonymity doesn’t follow suit. On the other hand, there are certain tech solutions to this problem. For instance, zero-knowledge (ZK) proof suggests it can prove a piece of particular information regarding the anonymous party without disclosing it. But that’s a topic for another article.

Some blockchain adepts believe that smart contracts will eventually replace and automate our lives, leaving out a large portion of bureaucratic processes. It is possible, although not in the near future. Besides, this technology isn’t always a good fit. Being shared across an unlimited number of nodes, so far it cannot compete with centralized solutions that are easier and less expensive to operate. Moreover, the latter option is often more efficient when it comes to performance.

Though end-users might not engage with smart contracts on purpose, they are expected to enable a wide range of applications soon, including financial services and supply chain management. Blockchain and smart contracts have the ability to alter nearly every aspect of society. However, we will have an opportunity to see only with time if these innovative technologies will be able to overcome the numerous hurdles to wide-scale adoption.

Beginner
Decentralized Finance (DeFi) Guide for BeginnersOctober 15, 2021
How to cancel or replace an unconfirmed Ethereum transactionNovember 2, 2021 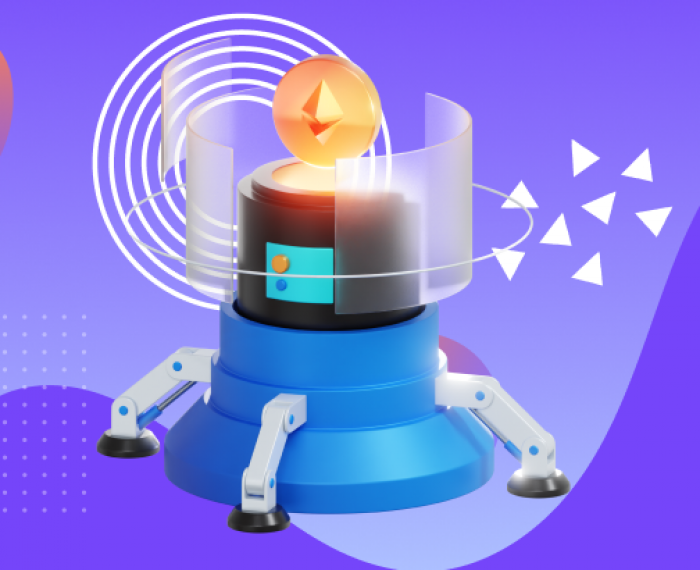 What is a White Paper?